This is a WordPress plugin that allows you to fetch tweets from twitter.com and display them anywhere you want such as in the sidebar, posts, and pages. Not only you can show your tweets to your visitors but also mash up multiple users’ timelines and display the combined results.

It is developer friendly and support additional add-ons and themes to be written by other developers. One of the extensions supports feeds so you can subscribe your favorite person’s tweets as RSS, which has become harder as the Twitter API was upgraded and the previous version no longer support tweet feed without authentication keys.

If you are a programmer, you can import the tweet data as JSON to your application by making the WordPress as the own Twitter API server with that extension. It’s called Feeder.

If you are a theme developer, you can easily customize the template for the tweet outputs. Just copy the existing template and modify the copied files and rename the template name. And there you go. Your own template will be listed in the plugin’s setting page. This way, when the plugin updates, you won’t loose your modifications. 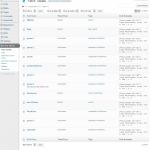 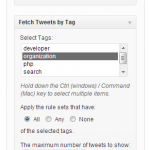 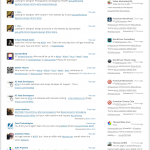 I was looking for a comfortable way to set up a multipage shop-like Amazon affiliate website to generate some income on commissions – and that’s exactly what I found with Michael Uno’s Amazon Auto Links! After a short test I upgraded to PRO version and built my site in less than a day. The variety of options is amazing and allows high individuality on each project. Last but not least, Amazon Auto Links is a living project, and Michael convinced me with superb, quick support (even before buying t… Michael Uno’s Amazon Auto Links plug-in is amazing! The plug-in allows for lightning fast monetization of work sites. The plug-in allows users and site owners to quickly monetize and rapidly turn their websites into cash machines. The installation and setup process is very simple, and when using Amazon.com, your site can quickly begin to convert content content into cash. For anyone interested in a quick monetization plug-in, this is the one for you! The plug-in is very simple to instal…

… The magic happened one week later. I found my sales increase a lot, almost having sales daily(beofre I can only have several a month). I know I got the right plugin, even it doesn’t have the features I want that time. … (about Amazon Auto Links) Amazon Auto Links Pro is a truly fantastic plugin for WordPress. It has made my life so much easier and will literally save me from hours and hours of manual coding. It is so easy to configure and provides so many different options and settings that it is very easy to get the results looking exactly how you want – you really do have total control. If you’re an Amazon affiliate and you’re looking for a hassle free tool which you can implement and then just leave running, then this is the pl…

@cdmaker Responded to the email inquiry. We can troubleshoot it in email. Thank you! And there is no tutorial for Pro at the moment, sorry. 8 years ago

@georiot You are welcome! 8 years ago

Updated Responsive Column Widgets to 1.0.7.1 which includes a new option and the Japanese localization. wordpress.org/extend/plugins… 10 years ago

Updated Responsive Column Widgets to 1.0.7. This includes the ability to auto-insert column widgets into posts/pages. wordpress.org/extend/plugins… 10 years ago

Released Responsive Column Widgets Pro 1.0.0. en.michaeluno.jp/responsive-col… Unlimited number of widget boxes can be created with it. 10 years ago

Updated Responsive Column Widgets to 1.0.3 wordpress.org/extend/plugins… Gives more flexibility to adjust the number of columns in specified width. 10 years ago

Thanks to Bernard Asagai plus.google.com/11105230853386… for wiring the testimonial for Amazon Auto Links. en.michaeluno.jp/amazon-auto-li… 10 years ago

Updated Amazon Auto Links Feed API en.michaeluno.jp/amazon-auto-li… which includes a fix for a unicode character issue in XML. 10 years ago

Updated Responsive Column Widgets to 1.0.2 wordpress.org/extend/plugins… Includes fixes for widgets getting different styles from the site's ones. 10 years ago

Updated Amazon Auto Links to 1.2.5 just now which includes a few code improvements and an additional option. wordpress.org/extend/plugins… 10 years ago

Showing ad links in columns has been requested many times. So hope it satisfies their needs. 10 years ago

Updated Amazon Auto Links Feed API to 1.0.1. en.michaeluno.jp/amazon-auto-li… This outputs product links as feed. Useful to import them in your apps. 10 years ago

Just released 1.2.4 wordpress.org/extend/plugins… and Pro 2.0.5 en.michaeluno.jp/amazon-auto-li… This enables to sort items by rank. 10 years ago